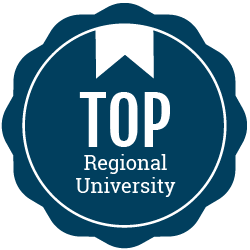 If you are interested in pursuing a career as a licensed clinical social worker in the state of New York, Keuka College's Master of Social Work program will put you on the right track to achieving your professional goals.

Pursuing your online Master of Social Work in New York is the perfect way to kickstart your career, and start making a difference in your community.

Are You Considering a Master of Social Work in New York?

The #1 provider of social work degrees in the state of New York (National Center for Educational Statistics, 2019), Keuka College has been preparing the greatest number of BSW-prepared social workers across all New York schools.

Keuka College's Master of Social Work program is offered through two tracks - an advanced track and a traditional track.

The advanced track MSW is for students who already have a bachelor’s in social work (BSW) and would like to advance their careers to practice as clinical mental health providers who can accept insurance referrals. With 33 credit hours, this program takes up to 1.7 years to complete.

The traditional track MSW is for students who hold a bachelor’s degree in a different field looking to enter social work. Upon graduation, you will be fully prepared to pursue licensure as a clinical social worker, allowing you to serve as a mental health provider and accept insurance referrals. With 60 credit hours, this track takes up to 3 years to complete.

Download your guide to learn more about our online programs: 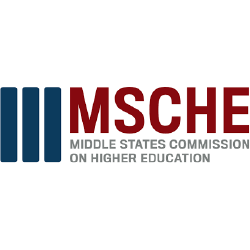 If you are considering a Master of Social Work in the state of New York, Keuka College’s MSW program focuses on the assessment, diagnosis, treatment, and prevention of mental illness, and includes:

One of the benefits of earning a clinical MSW degree is its versatility. Keuka College’s MSW program will allow you to address the growing need in our society for mental health services and equip you with:

The challenges of recent years have emphasized the need for well-trained, educated social work professionals. Statistics reinforce this reality. The U.S. Bureau of Labor Statistics anticipates over 78,000 new social work job openings each year over the next decade. The BLS projects a 13% growth in school social worker positions from 2020 to 2030.

In New York, job prospects for social workers are on the rise. The need for Mental Health and Substance Abuse Social Workers is expected to increase by 15% by 2030, and Child, Family, and School Social Workers are expected to see job growth of 13% over the next eight years.

There are a variety of career opportunities available for MSW-equipped social workers in New York, including:

With a population of just over 20 million residents, New York is the 4th most populated state in America.

The state is divided up into 62 counties, which are then divided into cities and towns. The largest of these cities is New York City, which comprises a population of over 8.5 million residents. Home to Wall Street and the New York Stock Exchange, New York State is one of the economic capitals of the world, with a market capitalization of over $20 trillion.

After New York City, the most populous cities are Buffalo, Rochester, Yonkers, Syracuse, Albany, New Rochelle, Cheektowaga, Mount Vernon, and Schenectady. The state is a hotbed of social, economic, and political institutions, and contains a variety of industries that are in need of additional social workers, including veterans affairs and a wide range of hospitals and health centers. From St. Joseph’s Health in Syracuse and the Tioga County Mental Health clinics to New York-Presbyterian Hospital in New York City, health care makes up a significant portion of the state’s employers.

Students residing in all states except Colorado may apply to Keuka College’s Online Master of Social Work program and can choose either the traditional or advanced track. Each state has its own rules and regulations related to professional licensure requirements, which are subject to state discretion. The student is responsible for staying up-to-date on state licensure requirements. Learn about New York’s federal licensure here.

Throughout our history, our goal has always been “to bring strength to our nation and to help humanity.” As the top provider of social work degrees in NY, we support strong character and intellectual development, and we align education to career goals through our curriculum and consistent modeling of honest and forthright behavior. By offering quality online classroom education and experiential learning opportunities, we help you fulfill your desire to make a difference to serve the nation and the world.

If you don’t find the answers to your questions here, Email Your Enrollment Advisor.

Yes. The online MSW program is accredited by the Council on Social Work Education (CSWE). CSWE accreditation can improve your chances of licensure and career options through its standardization of educational criteria. Download our Assessment of Student Learning to learn more. Keuka College is a regionally accredited institution by the Middle States Commission on Higher Education (MSCHE).

The online MSW program (traditional track) is taken on a part-time basis and requires 60 credit hours, 900 field practicum hours, and can be completed in three years. The online MSW program (advanced track) requires 33 credit hours and 500 field practicum hours. Students in New York on this track already have a Bachelor of Social Work (BSW), therefore the foundational courses can be skipped, and the program can be completed in 1.7 years.

Rest assured, you will be educated by a committed faculty of clinicians, scholars, and peers who share your passion for providing mental health services in New York. All our educators are licensed social workers who practice in the field, many of whom are also active researchers advancing the field of social work.

Graduates with a master’s degree from our clinical-focused program can not only practice as mental health providers in private practice in New York, but this versatile degree translates well to many generalist roles and leadership positions within organizations. Example careers for MSW graduates include:

A Sample of Employers who have hired Keuka College MSW graduates 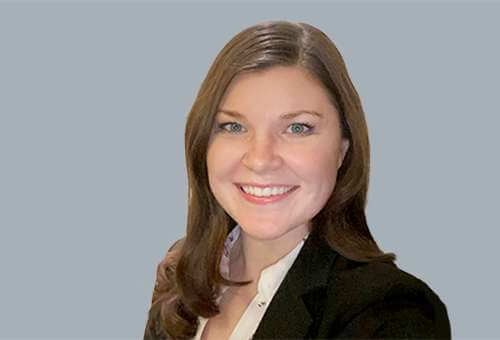 Schedule an appointment with one of our dedicated admissions advisors today to get more information about:

To proceed with either the BSN to MSN FNP or the BSN to DNP FNP, you are required to have a bachelor’s degree and hold your RN license.